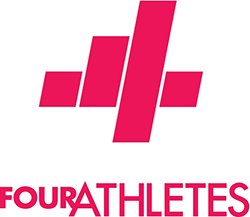 in Round Rock, TX

Four Athletes and SetterU are coming together for the second year to bring Texas a one-of-a-kind camp. This camp is designed to give every attendee one-on-one coaching from coaches who have played the game at the highest levels and are now transforming youth volleyball across the country.

Camps are booked upon request. We never know when we will be back in this area, and space is limited to maintain low player-coach ratio in working groups. Every camp/clinic gives players exposure to the skills being taught at the highest level of the game and we combine active teaching with motivation to develop the entire athlete.  We can't wait to see you there.

Co-Founder AJ Nally played five seasons of professional volleyball overseas, he was on the US National Team where he captained the team at the Pan American Games, and most recently he coached a D1 men's program. He is the co-founder of Four Athletes, a virtual coaching and training app focused on transforming ambitious athletes into the best volleyball players they can be.

Meghan Nally played volleyball at UCLA. During her time there, the team finished 1 season with a Final Four appearance and 1 season with an Elite 8 appearance. Most of the players she has coached have gone on to play in college, some even following in Meghan's footsteps to UCLA. She is also a co-founder of Four Athletes

Scott Vegas played volleyball at UCLA as an opposite. During his time there he had the best ace to error ratio in a single season. Prior to attending UCLA he trained as both a setter and an opposite.

Jesi Grisham-Perez is the owner and director of SetterU where she focused on training and developing setters all over the world. Jesi has been coaching since 2006 and has over 20 years of combined playing and coaching experience. As a player, she was a 3 time State Champion and State Tournament MVP, as well as a HS All-American by PrepVolleyball in 2004. She played college volleyball at Texas State University - San Marcos and still holds the second best record for most assists in a match (82).

*This camp is open to players from all clubs, high schools and middle schools*

We accept players between the ages of 12 and 18.

Stay in the Loop:

REFUND POLICY: We have a NO refund policy. If you will not be able to attend the event, you will have the option to transfer your clinic credit to another player (up until the DAY BEFORE the event).